In appreciation of the outstanding and exemplary personality of the name giver, the VDI society for building and building technology is awarding the Wolfgang-Zerna-medal of honour. It honours especially deserved members and volunteers or engineers, who attained exceptional merits in the field of building technology.

The Wolfgang-Zerna-medal of honour issued by the VDI is a minted gold coin. On the front, it bears the image of Wolfgang Zerna, whose name, his year of birth and death and the circumscription “VDI – Bautechnik”, the backside and the miniature version are identical to the medal of honour of the VDI. At the end of 2014, this new award was bestowed for the first time. Further information concerning the awardees and the award ceremony of the medal can be found here. 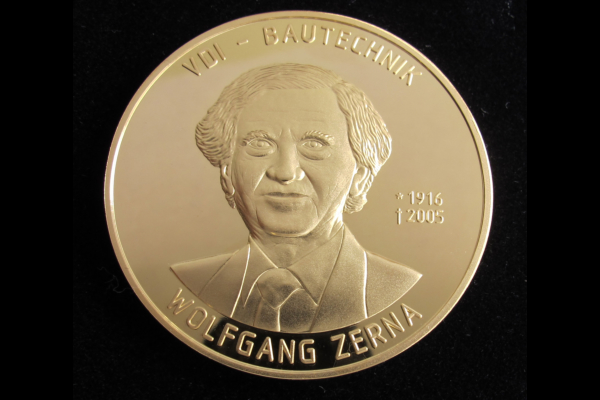