In the course of the motorway BAB A1 eastern junction Volmarstein, the replacement new construction of the viaduct Volmarstein is currently being realized. The viaduct stemming from the year 1959 was originally planned for four traffic lanes, thereby, with focus on long-term developments, not being designed for the requirements of today's traffic situation.

The new bridge will be erected as a prestressed concrete structure with a total length of approx. 285 m and two partial structures for the admission of three traffic lanes each and a hard shoulder. In the summer of 2020, the southern superstructure was taken into operation, temporarily transferring the traffic from the A1 motorway to six traffic lanes. The production of the substructures of the second superstructure is almost finished and the production of the superstructure with help of a sectional scaffolding has started with the concrete casting of the first two bars in the last few days.

DEGES plans and realizes, commissioned by the federal government and the state of NRW, the construction of a new viaduct. For the executing bidding consortium, led by the company BeMo Tunnelling GmbH out of Dortmund, ZPP INGENIEURE, starting from 2019, has been providing the services of the ZTV-Ing coordination, thereby representing an integral puzzle piece for the quality assurance concerning the planning design and the approval of execution documents. 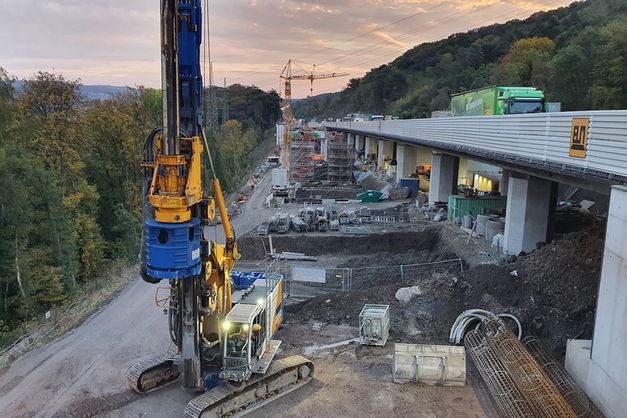