ZPP together with Canzler and Schollenberger as SOCOTEC Germany on site

In September, ZPP took part in the Recruiting Day of the Association of German Engineers (VDI) in the Congress Centre of the Westfalenhallen in Dortmund, where more than 40 exhibitors presented their companies and job profiles. For the first time, ZPP appeared together with the companies Canzler and Schollenberger as the new platform SOCOTEC Germany.

Job Boards gave an overview of numerous jobs that were waiting for their optimal staffing. Anyone who felt interested in an offer could contact the potential employer of choice directly on location. There was a huge rush at the SOCOTEC Germany booth, and many intensive discussions were held with interested candidates.

The Recruiting Day was above all a good opportunity to present SOCOTEC Germany as the new platform of the international SOCOTEC Group in Germany. 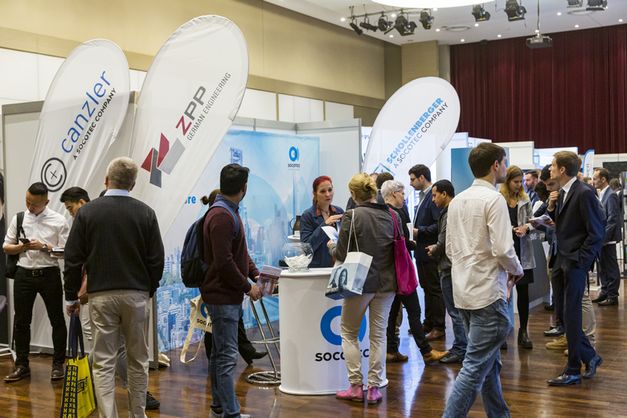 ZPP together with Canzler and Schollenberger as SOCOTEC Germany at the VDI Recruiting Day in Dortmund
Contact
ZPP Ingenieure AG
Marketing & Communication
+49 234 9204-1175
marketing@zpp.de