On the Ruhr area's railway main axis along the route between Duisburg and Essen, no trains were running during the Easter holidays. The reason for that were the simultaneous construction works on eight projects – partially in 24 hour operation, as well. Among these projects was the replacement construction for the Thyssen bridge in Mülheim/Ruhr.

Just in time and during the track possession, the appliance of the 31 steel beams above DB's rails could commence after some preliminary work. The approx. 40 m long beams, weighing approx. 14 t each, were lifted up with a 400 t crane from the rail wagons and then put down on the precast parts of the bearing cross beam. Subsequently, the fibre-cement plate and the cross reinforcement were built in. In another step, starting from the 9th of April 2018, the beams will be laid above the rails of ThyssenKrupp's works railway, where they are connected with the beams already laid through the DB facilities. Afterwards, the superstructure is concreted.

During a track possession during the autumn holidays 2018, the remaining works will be processed and the existing bridge will be renaturated.

ZPP Ingenieure AG is commissioned with the structural analysis of the complete construction measure including the makeshift and the approval on site. 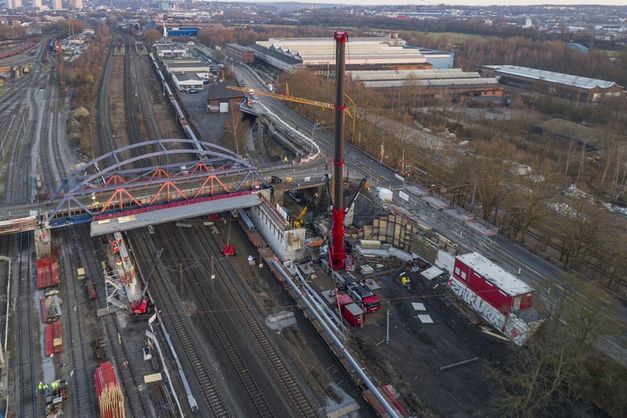 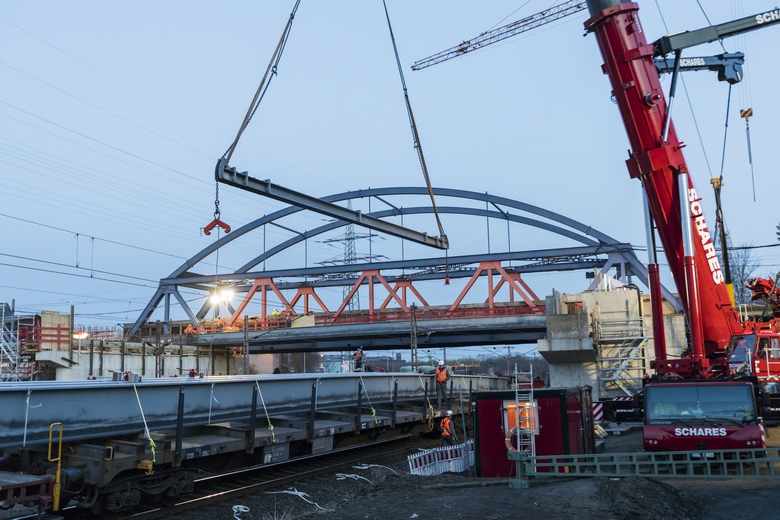 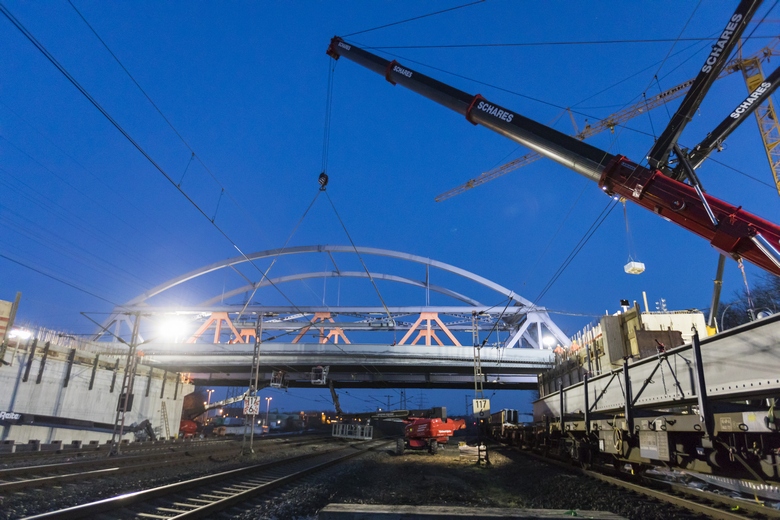 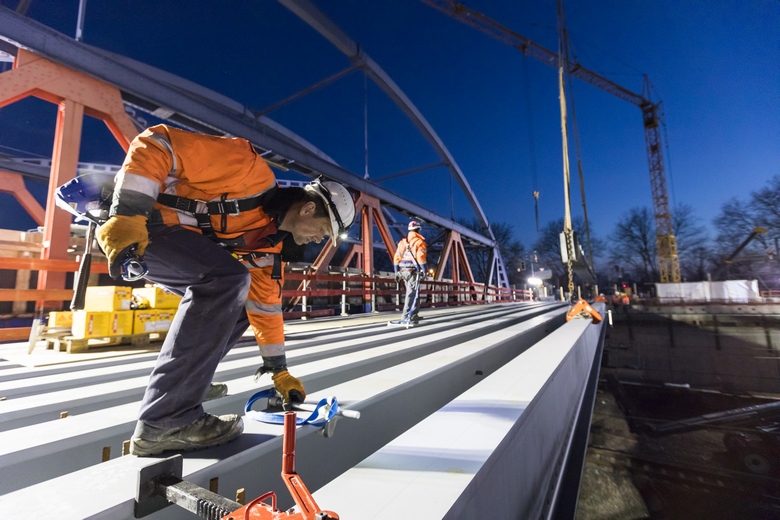