As part of the infrastructure project "Cityringen", encompassing the extension of the Copenhagen metro network by a new urban underground ring line, two additional branch offs will be realised. Aside from the northern branch off already under construction, now the order for the connection of the districts in the southern harbour areas has now ensued for the southern branch off.

The "Branch Off to Sydhavnen" is thereby characterised by the construction of a two tunnels that are lead in parallel, which will be driven over a length of 4.5 km largely by mechanised tunnelling. The construction of five underground stations and two cross-over structures by means of cut and cover techniques are a part of this measure, as well.

The design & build contract for this project was awarded in November 2017 by the Danish operator Metroselskabet to the German-French joint venture "TUNN3L", consisting of Hochtief Infrastructure GmbH and Vinci Construction Grands Projets.

The "design & build" contract also includes, among other things, the involvement of an independent, external verification institution with a respective amount of extensive experience in the field of tunnelling. Thereby focus lies on the verification of the draft and execution planning as well as the construction execution for all complex, innovative, economically relevant or risky construction elements of the overall project. Aside from the building structures, the architectural works and the mechanical and electrical installations of the corresponding underground structures have to be verified as well.

With the bundling of this required expert knowledge by SOCOTEC Infrastructure and ZPP, both operating under the umbrella of SOCOTEC, it was possible to convince both the construction consortium as direct contractual partner for the performance of the verification services and the operator of the subway.

All in all: the expansion of the German-French cooperation within a demanding Danish infrastructure project. 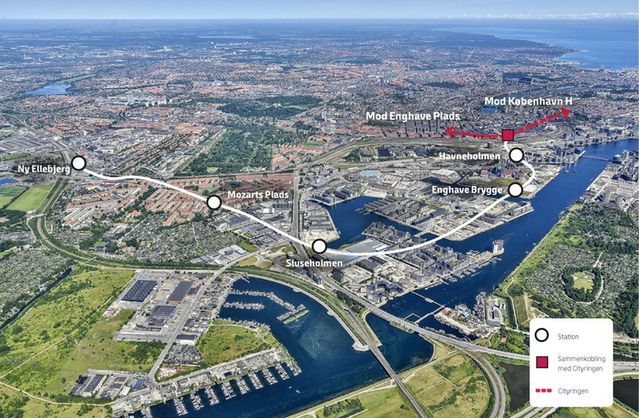