House of Knowledge in Bochum

For many years, the imposing brick building opposite of the city hall – after being opened in 1931 as the General Post Office – has been vacant. Now this L-shaped building, which has been known to be called „Telekom Block“ by the citizens of Bochum, will be led to a new utilisation. As the „House of Knowledge“, it is expected to become a meeting place for lifelong learning: forward-looking, metropolitan, open. A new collective home for the adult education centre, Bochum’s university association UniverCity as well as for the market hall.

The existing structure of approx. 6000 square metres will be expanded via a new Open Space of 5000 square metres, with an additional 4500 square metres of office and seminar rooms, workshops and storage areas. A highlight for the inner courtyard which used to be utilised as a parking area will be a covered market hall that will provide space for 60 booths on 2000 square metres. The outer contour of the existing building will survive towards the front, so that the ensemble effect with the Bochum city hall will be fully retained.

Within this innovative project, ZPP will take care of structural planning, both for the reconstruction of the existing objects with all partial deconstruction, gutting and redevelopment measures as well as the to-be-newly erected building parts including the imposing market hall. 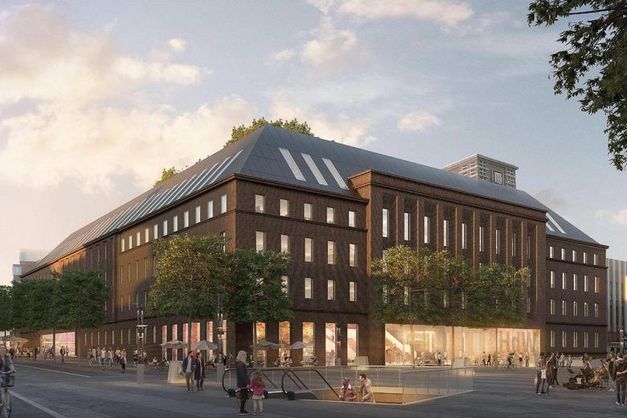