The next large construction site in Hamburg is foreshadowed, because as of now, the planning for the eastern construction segment of the new metro line 5 begins. This construction segment alone will feature a tunnel stretch of more than 7 km, with five new underground stops, proceeding from Bramfeld in the east up to the northern city. These plannings are being accompanied by an intense dialogue with the citizens from the different city districts, in order to offer information to and likewise gather suggestions by the residents.

The master planner contract for this segment was signed by the Hamburger Hochbahn and ZPP Ingenieure at the beginning of July. The currently planned construction start for the first construction segment is set for 2021.

For the constantly growing hanseatic city, the complete project U5 with the expansion towards west following later is the most important, urban single measure of the next decade. In order to combat the gridlock, the project U5 will connect the most important traffic-oriented potential areas to the west and east of the Alster and existing large  settlements with the inner-city, while offering fully automatic operation every 90 seconds. In the final state, the whole railway path will measure more than 30 km, practically proceeding completely underground. This way, the U5 will expand the current network of the Hamburger HOCHBAHN by one third. 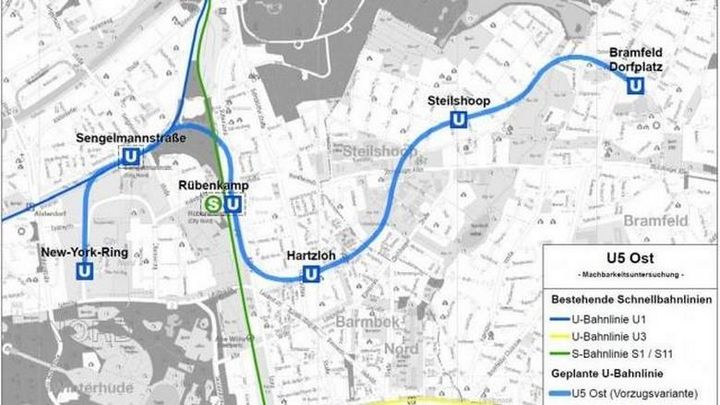