Hamburg drives onto the Elbe bridges

The new route section borders, with its first tunnel segment, east to the underground existing station HafenCity Universität. The first tunnel segment was produced via open diaphragm wall construction as a rectangular-shaped tunnel. The approx. 250 m long segment included, aside from the route rails, reversing and storage sidings. The further two-track route segments expands over a length of approx. 710 m as a tunnel and subsequently leads over an approx. 230 m long trough structure onto the surface.

The station Elbbrücken is located aboveground and is defined by an approx. 16 m high, bent steel-glass roof construction and an approx. 65 meters long glass footbridge – a so-called Skywalk – which leads to the adjacent urban railway station. The southern connection of the station is made up of an observation deck, from which passengers can enjoy the view onto the Elbe and the HafenCity's skyline.

Over the course of the project, ZPP was commissioned with the project and structural planning of the first tunnel segment and the client support, inspection of execution documents with regards to contractual factors as well as consulting of Hamburger Hochbahn AG for the complete route segment including the station Elbbrücken. 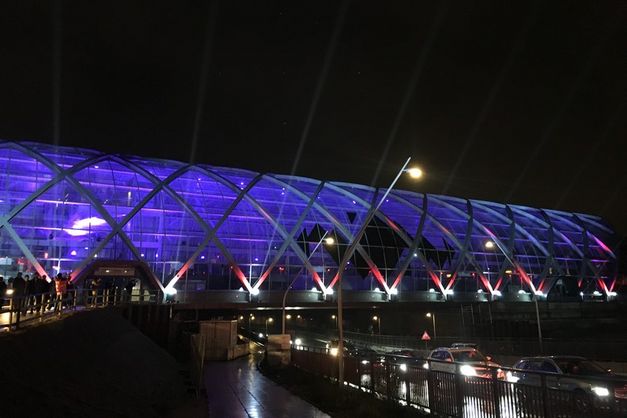 Station Elbbrücken, illumination for the opening of the U4 extension up to the Elbe bridges 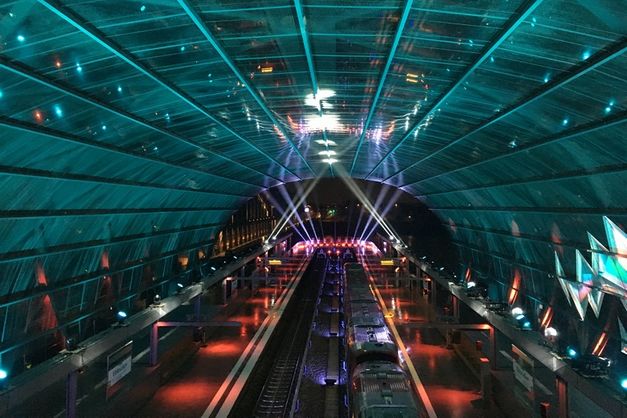 Station Elbbrücken, view from the connection level to the urban railway station into the station, illumination for the opening
Contact
ZPP INGENIEURE AG
Marketing & Communication
presse@socotec.de