Awarding of the Deutschlandstipendium and the Professor Zerna awards

The year is nearing its end and this time of year is known to be the time for awards and tributes.

On the 26th of November, an anniversary was celebrated during the scholarship ceremony of the Ruhr-University Bochum (RUB): 10 years of education funds. ZPP has also been supporting students who engage in voluntary work and render exceptional performances with the Deutschlandstipendium for 10 years. Dr.-Ing. Dieter Lehnen once again awarded the Deutschlandstipendium to our scholarship holder Felix Cleve, who we have been supporting since the year of 2017/2018.

Within the frame of the annual academic celebration by the department of civil and environmental engineering sciences, the awarding of the Professor Zerna award has become a tradition. On the 7th of December, Prof. Ludger Speier awarded this very distinction to a total of five awardees – more than ever before!

Tim Schneider
for the best bachelor degree within the frame in which he wrote the work with the title „Stress of the shotcrete lining with nailings".

This year, three prize winners were honoured for the best master degree:

Lisa Pieper
with the title of her master thesis „Wind tunnel tests on vortex induced vibrations and galloping of models with different rectangular cross sections”,

Anna-Lena Bours
with the title of her master thesis „Components with single symmetrical cross sections under normal force, double-axis bending and torsional stress“.

Peter Heek was awarded for the best doctorate for his work with the title „Modelling and numerical analyses of fatigue damage of steel fibre concrete structures“. 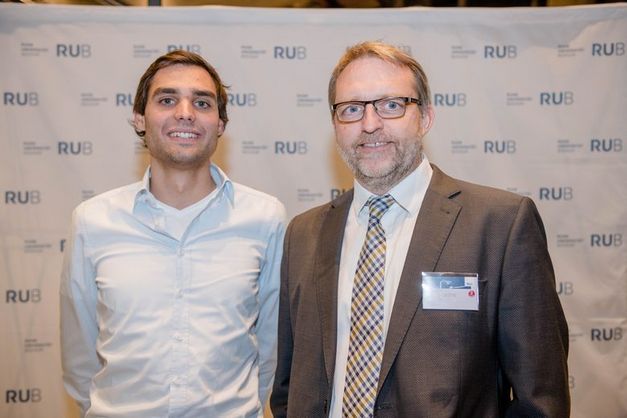 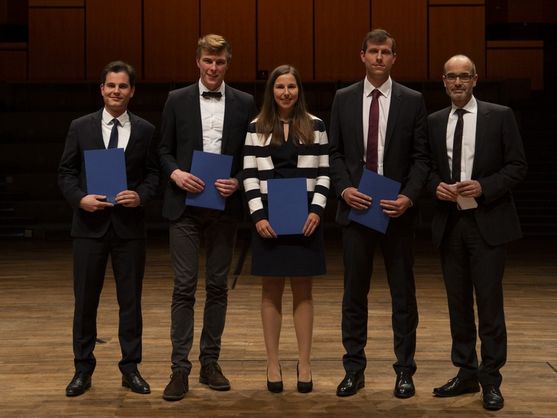